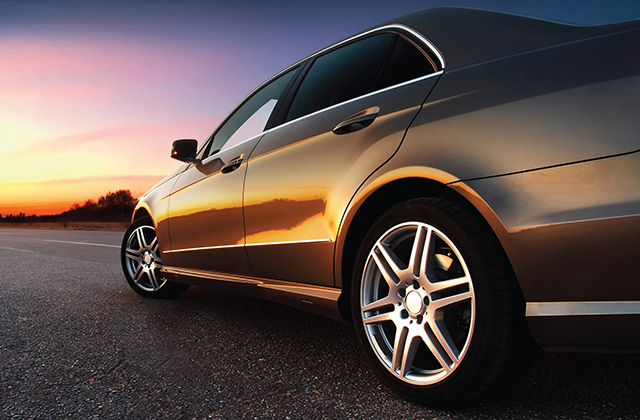 Car detailing companies always involves improving, waxing and cleaning of a vehicle internally as well as externally to improve it’s resale value. Diesel engines have come a long way since the days when Rudolph Diesel ran his first engine on peanut oil, and although the bare bones of the internal engine design have remained faithful to their original roots, the technology has evolved over the decades to incorporate many precision parts, and external sensors and its fair to say that its these additions which cause the most problems and require the most maintenance. Although a diesel engine block is just as robust as it always was and diesel engines are still capable of a lifetime of well over 300,000 miles with a high level of maintenance, the addition of more delicate components such as precision fuel pumps, turbo chargers, high pressure fuel rails and piezo injectors do require that it is well maintained and serviced on a regular basis.

The diesel engine of the mid to late 90’s was generally used in vehicles which were used on a regular basis, applications such as taxi’s and delivery vehicles covering a high mileage were ideal candidates for the longevity of the diesel engine and often these vehicles would cover well in excess of 400k or 500k miles on the same injectors and turbochargers. During the last ten years the diesel engine has increasingly found its way into general family vehicles thanks to changes in technology making the diesel engine far more refined, quiet and often offering performance close to its petrol driven variants. However, at the same time, diesel engines seem to be suffering from component failures and breakdowns far more frequently and prematurely than their earlier cousins used during the 1990’s.

One reason for this, could be the changes in oil & filter service changes. Back in the 1990’s early diesel engines required servicing on a 4000 – 6000 mile basis, and its fair to say that in return, these same engines often returned close to half a million miles largely using the same engine components as they left the factory with. In comparison, these days, we frequently hear of turbo charger failures on some modern vehicles at as little as 40k – 80k miles, could the oil service intervals play some role in these expensive failures?. I think it is possible, which is why I am writing this article.

Modern diesels have oil service intervals largely dictated by an on on board computer, generally these are referred to as extended oil service intervals, and, depending on driving style can be as far as 12k to 23k miles apart. Even using high specification synthetic oil, I personally believe that these long service intervals (marketed to appease fleet managers of company owned vehicles) are far too far apart for an engine which uses a Turbo Charger. The oil is the lifeblood of any diesel engine, and that same sump oil is used to both cool and lubricate the turbo charger bearings driving a high precision turbine which can spin at up to 150,000 rpm. Of course any small impurities or a drop in lubricating properties can cause wear and overheating of such a delicate part spinning at such a high speed. Upon examining many failed turbo chargers on relatively low mileage vehicles, I have found severe bearing wear leading to eventual failure which I can only attribute to oil quality. I have also seen several turbo chargers which have failed due to oil starvation caused by blockages in the oil feed tube due to sludge build up, which again is a sign of infrequent oil changes and something which rarely occurred in the Turbo diesels of yesteryear which had more regular service intervals.

So my first piece of advice, is that if you drive a Turbo Diesel engined car, that you ignore the service intervals shown on the on board computer and instead start your own service regime changing the engine oil and its filter at no more than 6000 – 7000 mile intervals, always use synthetic oil and make sure that your replacement engine oil is of the grade specified for your vehicle and is approved for use in your vehicle by the vehicle manufacturer. You don’t have to use the actual brand recommended by your vehicle manufacturer, just ensure that the oil which you buy is approved for use in your engine by the vehicle manufacturer. I use a brand called Total Quartz, which is approved for use my own personal vehicle and is very cost effective and is suitable for most cars. Some people may think that changing the oil so frequently is an unnecessary expense, however compared to the cost of replacing a turbo and reducing engine wear, it is actually a common sense bargain.

It is also important to change the air filter and fuel filter every 12k miles, as fuel and air flow is very important to a diesel engine, and some modern diesel can even cut out if the fuel flow is reduced due to a blocked fuel filter. Another weakness on modern diesel cars is the EGR Valve which is fitted to improve exhaust emissions and because it handles engine gases, it can easily become blocked with carbon deposits which cause it to malfunction. Cleaning the EGR is a little fiddly but can often be done by the DIY car mechanic and brake cleaner or Mr Muscle oven cleaner is often a good solvent with which to remove the carbon deposits. The EGR should be checked and cleaned (if required) every 35k miles or immediately if buying a second hand diesel car.

Some cars, such as diesel BMW’s also have a crankcase breather, which is a type of filter which can block and lead to a pressure build up, which in turn can lead to turbo wear and failure, these breathers should also be replaced at around 35k mile intervals. BMW have also recently improved the design of their crankcase breather, so owners of older vehicles should change their original crankcase breathers to the new version ASAP.

One of the biggest problems on newer diesel vehicles, is once again attributed to the ongoing demand for emissions improvement. Since 2008 it has been a legal requirement for European Diesel car manufacturers to include a diesel particulate filter (often called a DPF) on all diesel engined cars, this filter is mounted within the exhaust system and is basically a higher grade version of the catalytic converter, but is designed to trap the soot particles produced during diesel combustion. Basically, a small amount of a special additive is automatically injected into the fuel tank at each fuel fill, this additive helps to trap the soot particles in the DPF filter, thus reducing the vehicle soot emissions, and in the UK generally results in a lower vehicle tax band.

Unfortunately, DPF’s can eventually create a lot of expensive problems for their owners. The DPF’s are programmed by the vehicle computer system to ‘regenerate’ and basically burn off the accumulated soot at predetermined periods as decided by the vehicle on board computer. The regeneration is done by heating the internal honeycomb of the DPF to white hot temperatures which ignite and burn off the filtered soot deposits, essentially cleaning itself. Unfortunately this process can only be done during a fairly long drive, at high rev’s at motorway speeds. If a car fitted with a DPF is rarely used on a motorway, or the DPF regeneration process occurs during a time when the car is only used for short trips then it can fail to complete properly, potentially leading to the DPF becoming clogged or damaged which results in a warning light illuminating, requiring the owner to drive the car on a motorway for a distance just in order to trigger another regeneration attempt. Should the DPF continue to remain blocked, then a DPF replacement is required at a cost of £1000 – £2000. The additive which is injected into the fuel tank is stored in a separate tank or bladder bag, which will also eventually need refilling by a dealer and an ECU reset, usually at 60k – 80k intervals.

Diesel owners wishing to avoid the potential expense of DPF problems and its maintenance would be better choosing a diesel car manufactured before 2008 and which doesn’t have a DPF fitted, and this advice would also extend to those who only travel short distances or do not use motorways on a regular basis. Some car manufacturers such as Saab, BMW, Mercedes and Citroen opted to fit some models of their diesel vehicles with DPF’s before the 2008 deadline and others also included it as a factory option, so if buying a second hand diesel car, it is worth double checking whether a DPF has been fitted, even if it was built before 2008.

So, here is my personal servicing regime for my own diesel car, and this is what I would recommend to any diesel car owner.

Non of the above is especially expensive during the normal course of ownership and is certainly more cost effective than any issues or repairs which could be encountered due to poor levels of maintenance or the vehicle being neglected, so good maintenance pays for itself in the longer term. Costs can often be reduced by doing general servicing yourself, and genuine service parts can often be found at Motor Stores and even on eBay.

(Note to readers:- You may use this article on your own website, blog or forum, provided it is not altered or edited and the above recommended live website links are included)